Homeowners typically have to deal with many bills and daily expenses that many would prioritize saving money above all else. However, there are plenty of cheap products and services that you shouldn’t choose just because it cost less than the rest. This includes roofing projects.

Many roofing contractors would go door to door to offer cheap services only to be con artists who are not properly licensed, hoping to make a quick buck in a troubled area.

While the services of licensed roofing contractors don’t come cheap, they have built their business on trust and would guarantee that their work is of the highest caliber.

Most states require contractors to be licensed, but there are still states that don’t. The licensing procedure varies from simple registration to a more specific qualification process, but all in all, the core elements remain the same.

A business or person with a license means they passed the minimum requirements, which include having a certain amount of formal training or on the job experience as well as passing one or two tests. In addition, this also means that they are bonded and insured.

Here are several reasons why it’s essential to use legal, insured, licensed contractors and their subcontractors for the protection of the homeowners.

Several things could go wrong during a roofing project. A worker might accidentally fall off the roof, the roofing contractors might do a terrible job, or they might cause entirely new damages. Ultimately, all the responsibilities lie on the general contractor and their insurance company in the event something goes awry on the job.

However, most homeowners don’t know that they are the general contractor if they hired contractors and their subcontractors who are unlicensed and uninsured to handle their roofing project. This means that they are responsible for any destruction that the workers do.

There’s a significant possibility that the standard homeowner’s insurance won’t cover these damages since most of their policies don’t include any damages caused by an illegal or unlicensed contractor when the homeowners knowingly hired them.

State licensing boards will always require a roofer to have the proper insurance before being certified. This means that choosing a licensed roofing company can give you some protection in case things go wrong.

It’s also standard for general contractors and companies in the shingle roofing industry to use subcontractors, so homeowners should also ask for proof that subcontractors are licensed, bonded and insured along with asking for a lien release so the homeowner could protect themselves from liability if the contractor ever fails to pay them.

Homeowners hiring unlicensed roofers would usually get what they paid for. While they offer a lower price for a roofing project, it might end up with sloppy workmanship that can leave you with a poorly installed roof that will ultimately cost you more in the long run. This defeats the whole purpose of going with the cheaper option in the first place.

The construction defects caused by their shoddy workmanship will lead to the roof quickly deteriorating which will not only become a cosmetic issue or costly repairs but also cause structural damages and dangers such as water damage on your interior and possessions or the roof collapsing.

Every city or state might have different specific requirements for licensing, but ultimately, a licensed roofing company has proven to be capable of providing a better roof compared to an unlicensed one. The licensing process ensures that the contractors have the necessary experience and follows industry standards to screen out dishonest or shoddy contractors.

Hiring a licensed contractor will allow homeowners to know exactly where their money is going towards before handing it down to the contractor. As a licensed contractor knows about everything there is to know about the industry; they should be able to give the most accurate estimate which details the costs of material and labor, types of work to be done, as well as other specifics.

Giving an accurate estimate prevents any unexpected expenses from popping up halfway through the job.

Ultimately, insisting for these requirements prevents homeowners from taking unnecessary risks and save time and money in the present and future.

Fahey Roofing Contractors is the trusty roofing contractor that will help with necessary roof repairs and replacement. Contact us at (304) 826-1333 to learn more about our residential roofing and commercial roofing services. 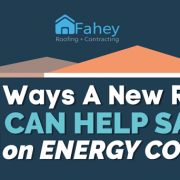 4 Ways a New Roof Can Help on Energy Costs [Infographic] 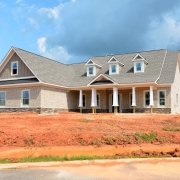 Parts of Roof Inspection You Can Do on Your Own 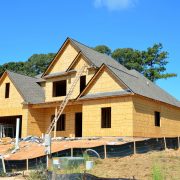 What to Expect During a Roof Replacement 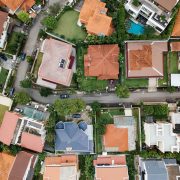 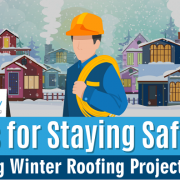 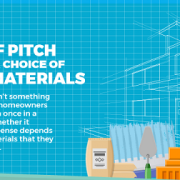 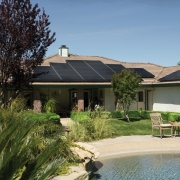 How to Choose the Best Residential Roof Material? [Infographic]

Signs that Your Roof was Not Installed Properly [Infographic]