The first snowfall is always a magical moment. Eventually, it covers your surroundings with a soft and white blanket, which creates a picturesque landscape. However, the winter magic can quickly die for homeowners. Snow-covered roofs may complete this winter wonderland aesthetic, but too much snow can cause roof damage.

Accumulated snow can eventually melt on your roof. This can lead to many issues, including roof leaks, interior water damage, mold and mildew growth, poor air circulation, and ice dams. In the worst-case scenario, the snow becomes heavy enough that your roof won’t be able to handle the pressure and collapse.

Before the snow becomes a problem for your roof, take the time to learn how much snow your roof can support. The amount of weight a roof can bear may vary based on several variables, including the following:

The first thing to do is to calculate the weight of the snow on your roof. Most roofing systems that are 10 years old or younger can handle at least 20 pounds of weight per square foot of roofing space before it reaches a dangerous level.

A common rule of thumb is determining the snow’s weight compared to the weight of water using the 10-to-1 ratio. This means that 10 inches of fresh snow typically melts down to an inch of water or about five pounds per square inch. Thus, a roof could support around four inches of new snow before becoming stressed.

If you’re dealing with ice, one inch of ice is the same as a foot of fresh snow. Accumulating more than four inches of ice will be dangerous.

Your roof’s structural design is also fundamental in determining the amount of snow your roof can hold. Generally, steep and sloped roofs easily allow snow to slide off down to the side. This gives it less chance to refreeze during the constant freezing and thawing cycle during the winter.

In contrast, flat or slightly pitched roofs offer particular challenges in keeping snow from building up. Meltwater can get stuck on a flat roof, making it more likely to refreeze before it has a chance to run off. As a result, it becomes a heavy block of ice that adds more stress on the roof as it gets piled up with fresh snow.

By far, the best roofing material for such a task is metal. Snow can have a tough time sticking to metal roofs and often slide off before becoming dangerous. It can be installed with snow shields to prevent large chunks of ice and snow from falling off all at once. Others can also include roof heaters that melt the snow as soon as it lands on the roof.

Slate roofing also does well in cold climates. It is also a sturdy material that can bear the weight of a lot of snow while providing the right amount of insulation in your home.  However, both metal and slate roofing comes with a high price-tag.

If you want a more affordable option, asphalt shingles are the best alternative. Asphalt shingles may not be as smooth and conductive as a metal roof, but it still works well in melting and sliding snow from the roof as well as supporting snow load.

Don’t wait for your roof to reach the limit before taking action. Roof care and preventative measures are critical during the winter months. This will prevent you from being too concerned about the amount of snow on your roof because you’ll be prepared.

If you have concerns about the snow on your roof or suffering from damage resulting from heavy snow accumulation, immediately contact a professional for safe snow removal.

Fahey Roofing Contractors has the experienced and skilled contractors you need to help you with any necessary roof repairs and roof replacement. We serve various areas in West Virginia and Ohio. If you have more questions, visit our website today or contracts us at (304) 826-1323 for West Virginia and (740) 523-0380 for Ohio to learn more. 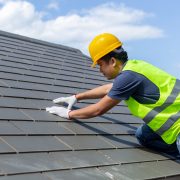 How to Recognize When A Roof System Has Problems 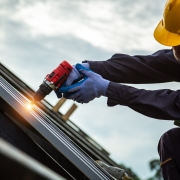 Roof Maintenance Tasks You Can Do Yourself 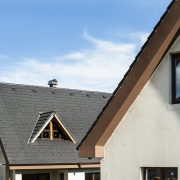 Factors that Affect the Price of your Roofing Project

4 Reasons Why Your Roof Still Has Leaks After Repairs [Infographic] 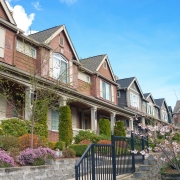 Things to Consider Before Buying a Metal Roof [Infographic]